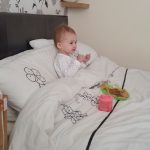 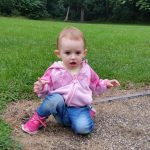 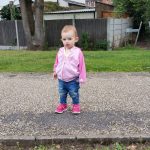 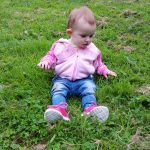 Think dad will be glad to get back to work this week after spending a stressful weekend with poor little old me, think i might be cutting a couple more teeth so i haven’t been sleeping good and my grumpiness has been worse than dads and with mum needing sleep dad has had to step up to the daddy plate and see what its like for mummy when she has to deal with me when im not at my best but we have survived and made the best out of a bad situation.

Saturday was just the usual shopping spree with mum after she had a couple of hours kip in the morning and then popped over to nanny and grandad owens in the afternoon then after my afternoon knap me and dad had a stroll over to see cousin liam so mummy couple get a few more hours sleep but after walking all the way over there we must have just missed them so i got to play dad up all the way back home and for me it always seems like a million miles worth of walking but thats ok because i get to stop at every drain cover and stop every time someone walks by, point at them and then wave them good bye after they walk pass, dad loves me doing this i think ?

Sunday was a little more of the same in the morning, mum comes home and has an hour then we both have a morning knap, if i dont sleep long then i get to play daddy up downstairs until mum has a couple of hours then it was time to go and see nanny and grandads new caravan while daddy had an hours break which i think he needed to finish a copy of the cyprus wedding dvd then he came and met us over at nannys. Later that afternoon i didnt want to sleep AT ALL!! mum and dad just didn’t wanna listen but after almost an hour of me moaning in my cot on and off they gave up and daddy took me out to the park WINNER!! lol we had a blast over there, i would run up hills then run down and daddy would catch me and swing me around, i tried the park but it was crap, then we ended up at the pub  which daddy said it was medicine for him? i dont know but think he was pulling my leg. By 8pm last night i was soooo shattered i could hardly walk and off to bed i went